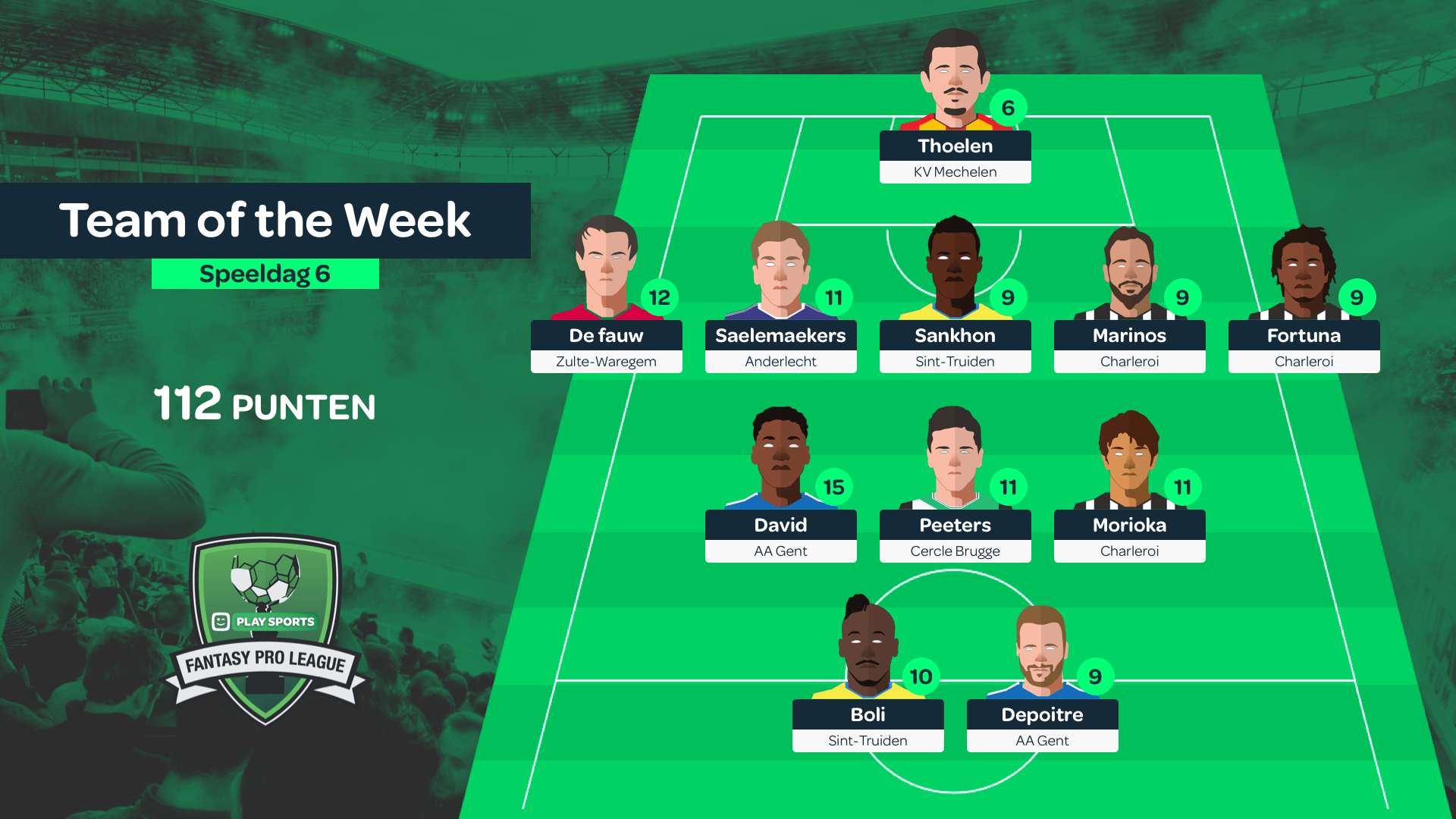 The new Fantasy Pro League 2019/20 season is about to start soon! The fantasy football game for the Belgian league by Play Sports continues to build on its foundations from last season’s overhaul. New features, new prizes and new chances for fans to prove their football knowledge.

The Fantasy Pro League is a classic budget-based fantasy game, which means each fan has a budget of 100M to spend on 15 players from the Belgian Pro League. The goal is to win your league by picking the best players possible, managing your team with transfers and chips and ultimately win your league. Each gameweek your players will earn points based on 17 actions (goals, assists, card, clean sheets) performed during their live matches.

To keep things interesting during a season of 40 gameweeks, fans can do transfers and use chips. This season we’ve increased player values and we will introduce the transfer market. The player values will start to fluctuate in gameweek 7 (when the official ranking starts), based on a player’s popularity and demand on the transfer market. This way you can achieve an added value and increase your team’s budget.

The chips or boosters can be played once during a season, and give you a distinct advantage to score bonus points. These 4 boosters remain this season:

A Facebook group was created to centralise all FPL’s content and announcements. It also enables fans to help out others, or to find new people to play with in a mini league. The prize pot include football shirts and Play Sports subscriptions for you and your friends.

We’re ready for another exciting new football season! Go to fantasy.playsports.be and play.