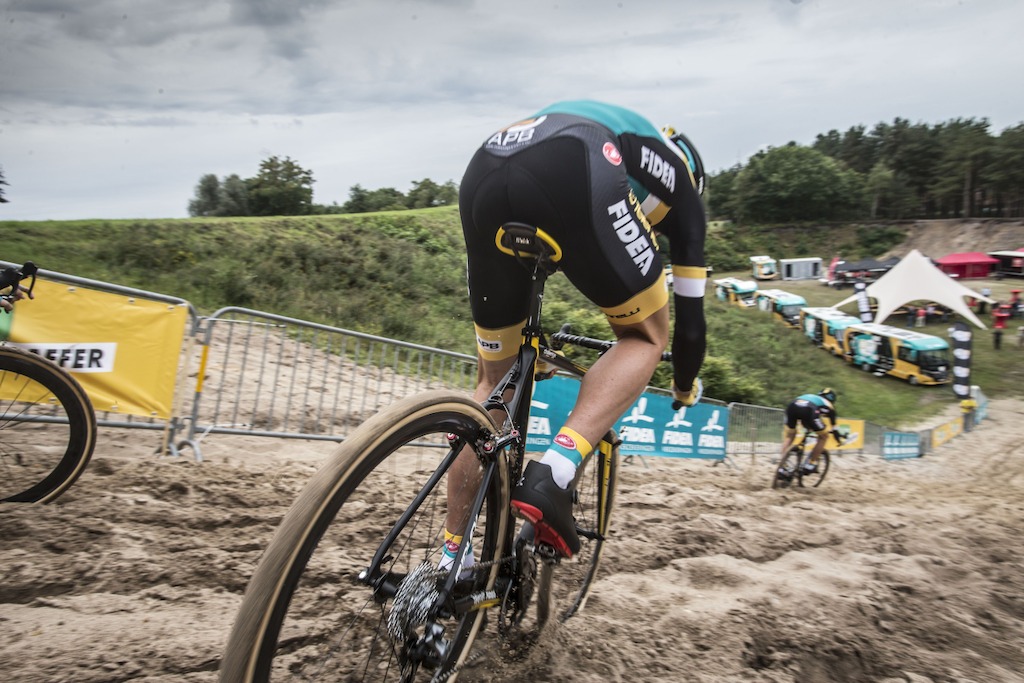 Telenet and Fan Arena launch a cyclocross fantasy game during the 2017 season. Fans can select their favourite riders and score points based on the actual performances during the race. Telenet Play Sports intends to provide more engagement for cyclocross fans.

Telenet both sponsors and broadcasts the UCI World Cup and Superprestige races. A strategically smart decision, according to Octavian Susnea, CEO of Fan Arena. When a company like Telenet invests in sponsorship, brand activation becomes very important. Digital activation can be increased by using gaming, which provides a deeper engagement level. This strategy allows Telenet to further claim the cyclocross sport.

During the cyclocross season peak, more than one million fans watch the races. In Flanders that’s a huge audience, more than 15% of the population. Although cyclocross appeals to an older audience, fantasy sports has proven to work for non-digital natives too. “The game is tailored to the target group; a clean and simple user interface with appealing prizes for cyclocross enthousiasts. And fantasy sports has been played in Belgium for more than 20 years now, so age doesn’t matter that much as we thought. The most important thing is providing new experiences and excitement.”

As cyclocross is a total different sport, compared to the Fan Arena football game (playable on PlaySports.be and the Play Sports mobile app), it will contain totally different dynamics. An example of this is the choice for Aert or van der Poel in your selection. It is hard to pick both riders in your team because of their high price and probability to dominate this year and your limited in-game budget.