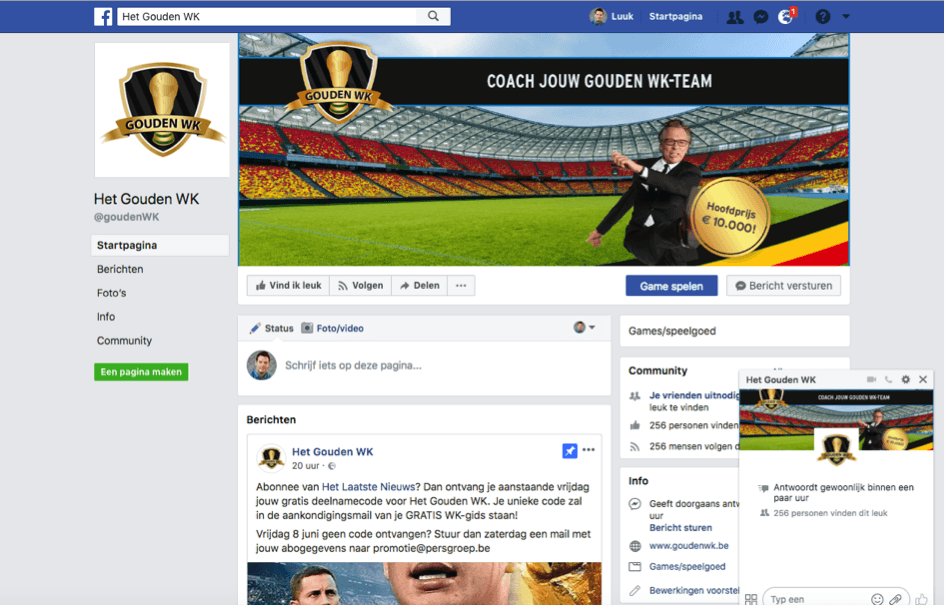 This week Fan Arena launched the Gouden WK 2018. It’s a fantasy football game for the biggest sporting event of the year, the World Cup. The winners takes home 10.000 euros.

The Gouden WK is the second game Fan Arena delivers for De Persgroep in 2018. In May the readers of Belgium’s biggest newspaper Het Laatste Nieuws could showcase their pro cycling knowledge in the Gouden Giro. People who played the Gouden Giro don’t have to go to another website to also play the Gouden WK. It’s a seamless experience thanks to the one platform approach.

Similar to the proved concept of the other Gouden Spelen (Golden Games), in the Gouden WK you must pick players within a budget. The player’s actions in real life (goal, assist, etc.), will earn you points in the game. The difference with other Gouden Spelen is that during the tournament the amount of players to pick from one country varies. In the first round it is allowed to only pick two players from one country which will increase in the knockout phases of the World Cup to be able to transfer players still active in the tournament. 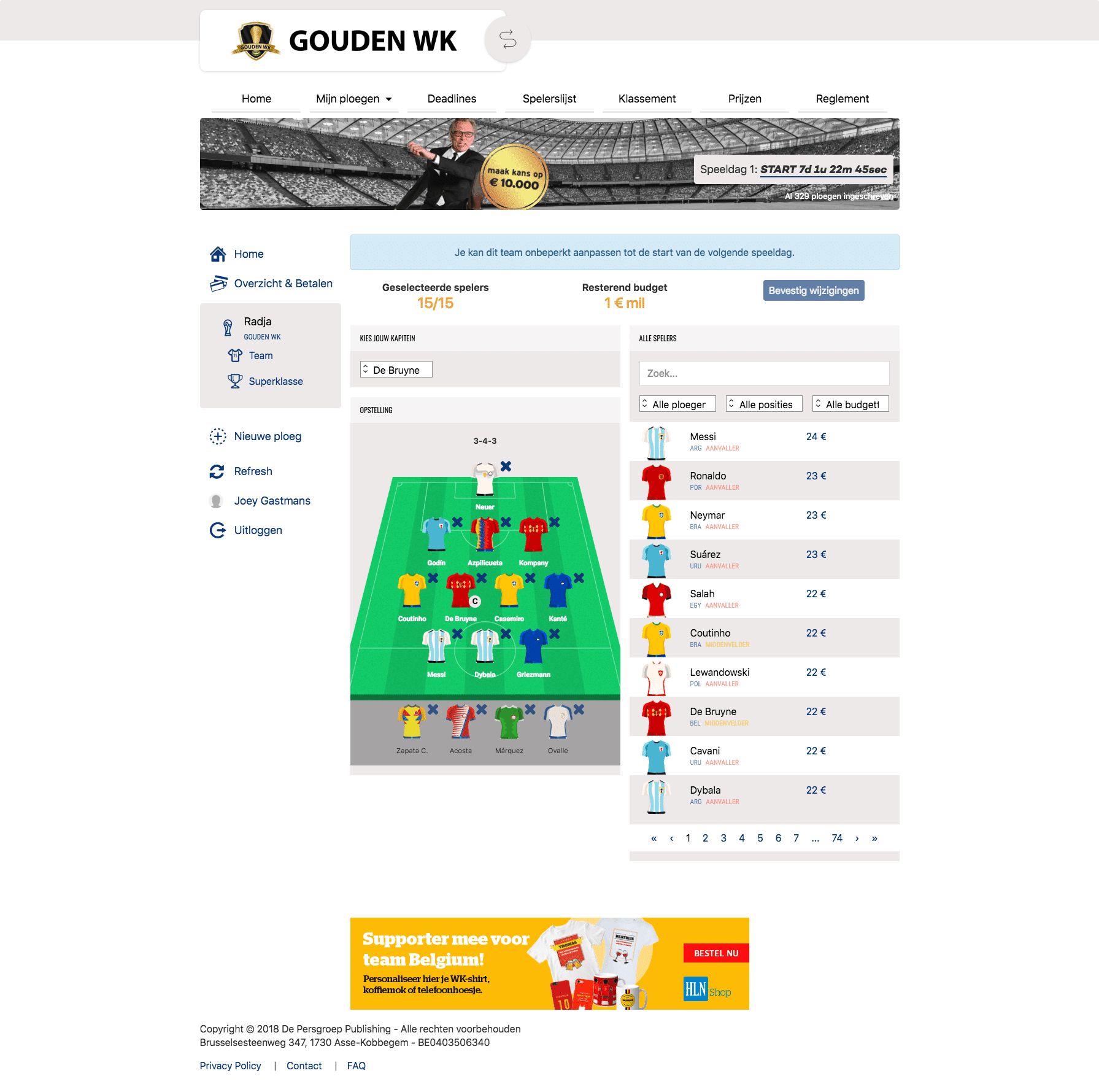