NBA fans are eagerly looking forward to the new basketball season after a wild free agency period in which a lot of star players changed teams. The title race is wide-open, and for the first time in years the Golden State Warriors are not the favourite to win the championship.

The NBA is considered one of the most innovating sports leagues because it fully embraces technology in building its product and brand. And as we know, fantasy sports is a great way to create new revenue streams and acquire and engage fans digitally. How does the NBA make use fantasy basketball games?

The NBA website features a dedicated fantasy page with Fantasy News (provided by Rotowire), Player Stats and Fantasy Toolkits (provided by FantasyPros). You immediately notice the league has partnered up with (fantasy) content specialists. It does the same for the 3 featured fantasy NBA games. 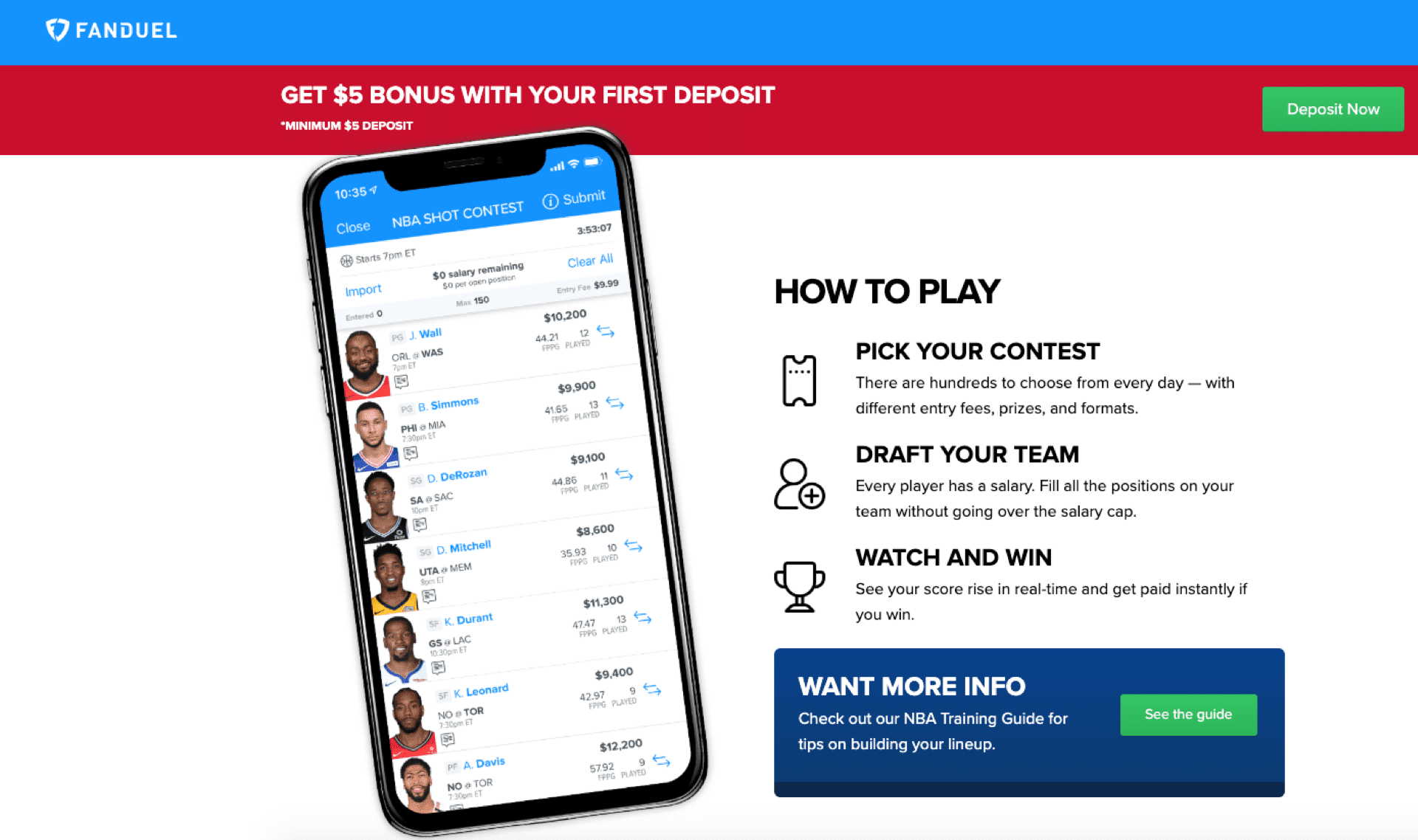 Fee: entry fees depend on the prizes and game format.

In FanDuel Fantasy Basketball each manager has to fill in the 9 positions of his team and stay under the salary cap. Every player has a salary, with the better players having a higher salary than lesser known players. There are a lot of different ways to play fantasy basketball on FanDuel, but they are generally dubbed Daily Fantasy Sports (DFS) because the contests last usually for one game night. 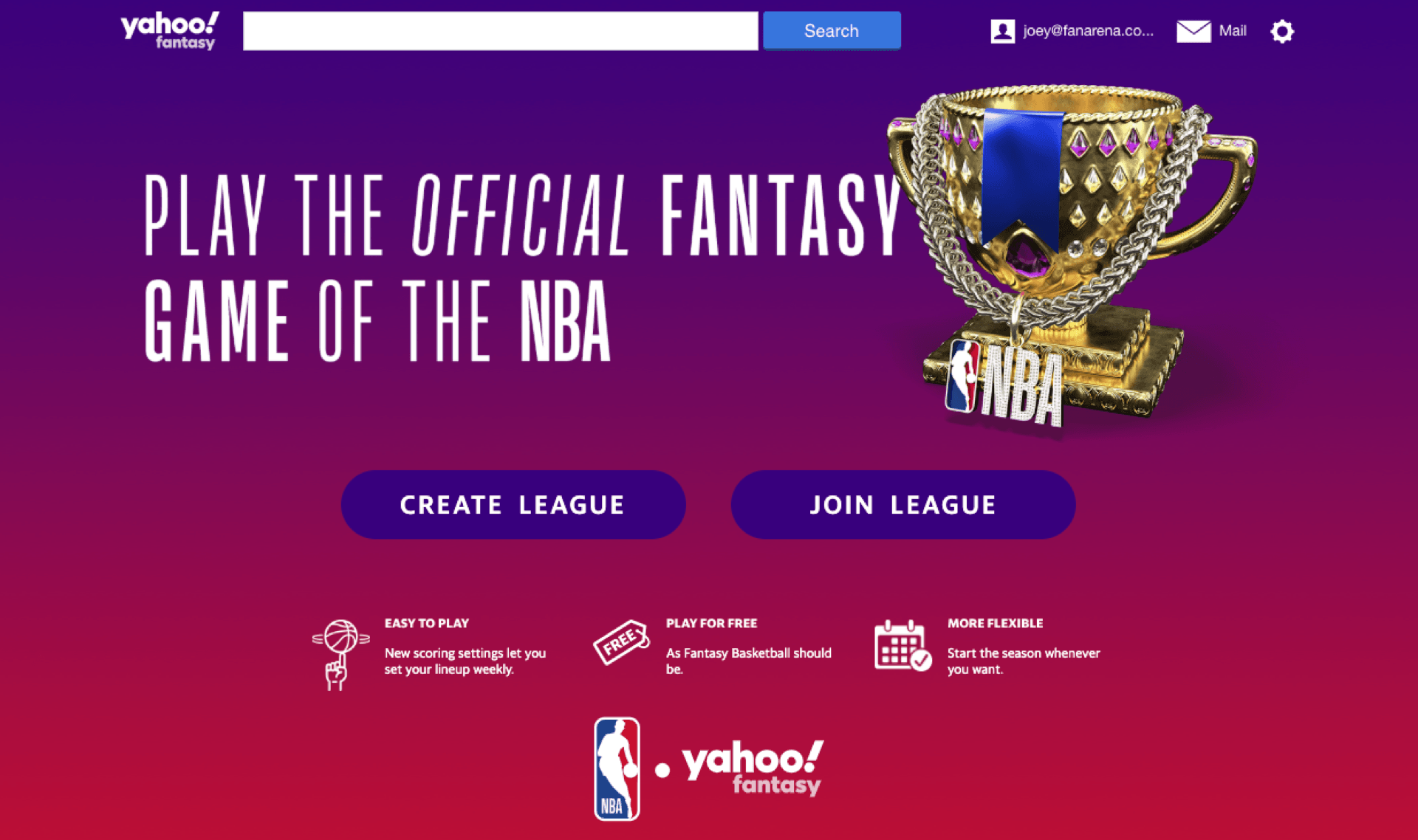 Fee: free to play. Yahoo also offers Pro Leagues (paid public fantasy leagues) to compete with others to win cash prizes. And you can make your private friends league more fun by making it a cash league. Eg. a 10 team league with an entry fee of €20 would pay the first (€120), second (€60) and third place (€20) winners.

The Yahoo NBA Fantasy has a lot of options to configure league settings. During the onboarding the biggest choices you have to make are which type of scoring (multiple head-to-head options, rotisserie and points) and draft (live standard/auction, autopick or offline) you’re going to use. But the biggest difference with FanDuel is Yahoo’s season-long format, which makes drafting the right players at the beginning of the season really important. After the draft you manage your team by selecting the best lineup each week and by adding, dropping or trading players. 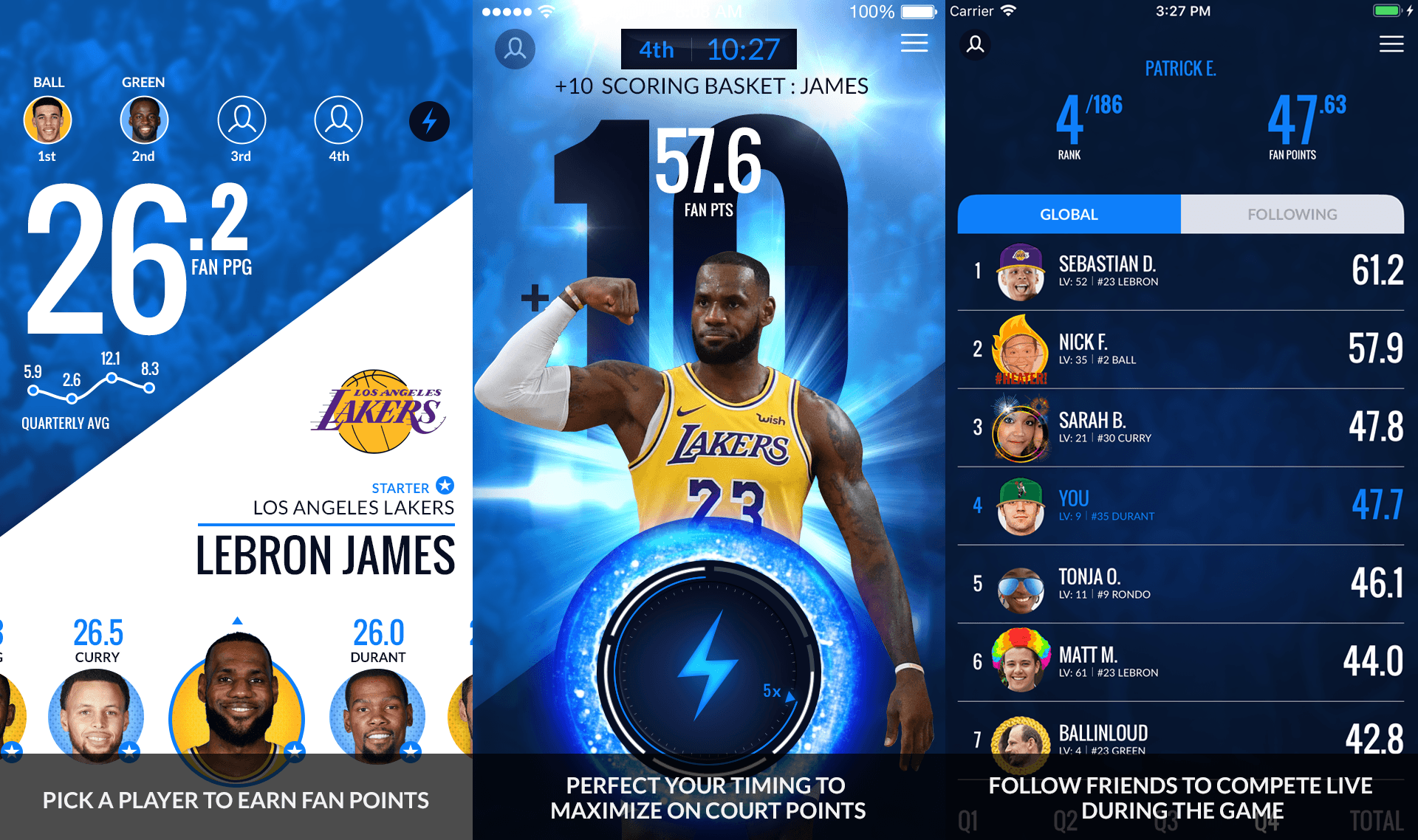 The NBA introduced an app to turbo boost your live tv viewing experience. When you start the InPlay app, it recognizes automatically the audio of the NBA game and knows which game you’re watching. Each quarter you select one player and you’ll earn points from his performance during that period. Just like in regular fantasy you predict which players are going to put up serious numbers. When you think your player’s team is going on a run you can activate turbo mode to rack up even more points for your active player.

NBA InPlay makes watching the live games especially exciting. As a fan you are really part of the game and your actions and knowledge instantly impact your score. InPlay adds a layer on top of the viewing experience. And yet another layer is added when you play against your friends. You don’t have to be in the same room to share the experience with your buddies.

NBA commissioner Adam Silver says “NBA games will look dramatically different in five years”. The NBA is paid a lot of money by traditional broadcasters for exclusive rights so both parties benefit from having a solid viewership. The InPlay app helps in attracting people to watch live games, and it’s one of the many first steps taken by the NBA to innovate live broadcasts. NBA research concludes that there is more interest in the product than the tv ratings reflect. The supply is not meeting demand. Current experiments include streaming of the second-tier G League on Twitch and the ability to pay only for the final quarter of an NBA game. But friction remains.

Regardless of how (fast) the innovations will happen, Fan Arena genuinely believes fantasy sports is a must have for sports leagues and its tv rights holders. Now and in the future.

Are you a sports league or rights holder? Contact us to discuss how you can use fantasy sports such as NBA Fantasy.