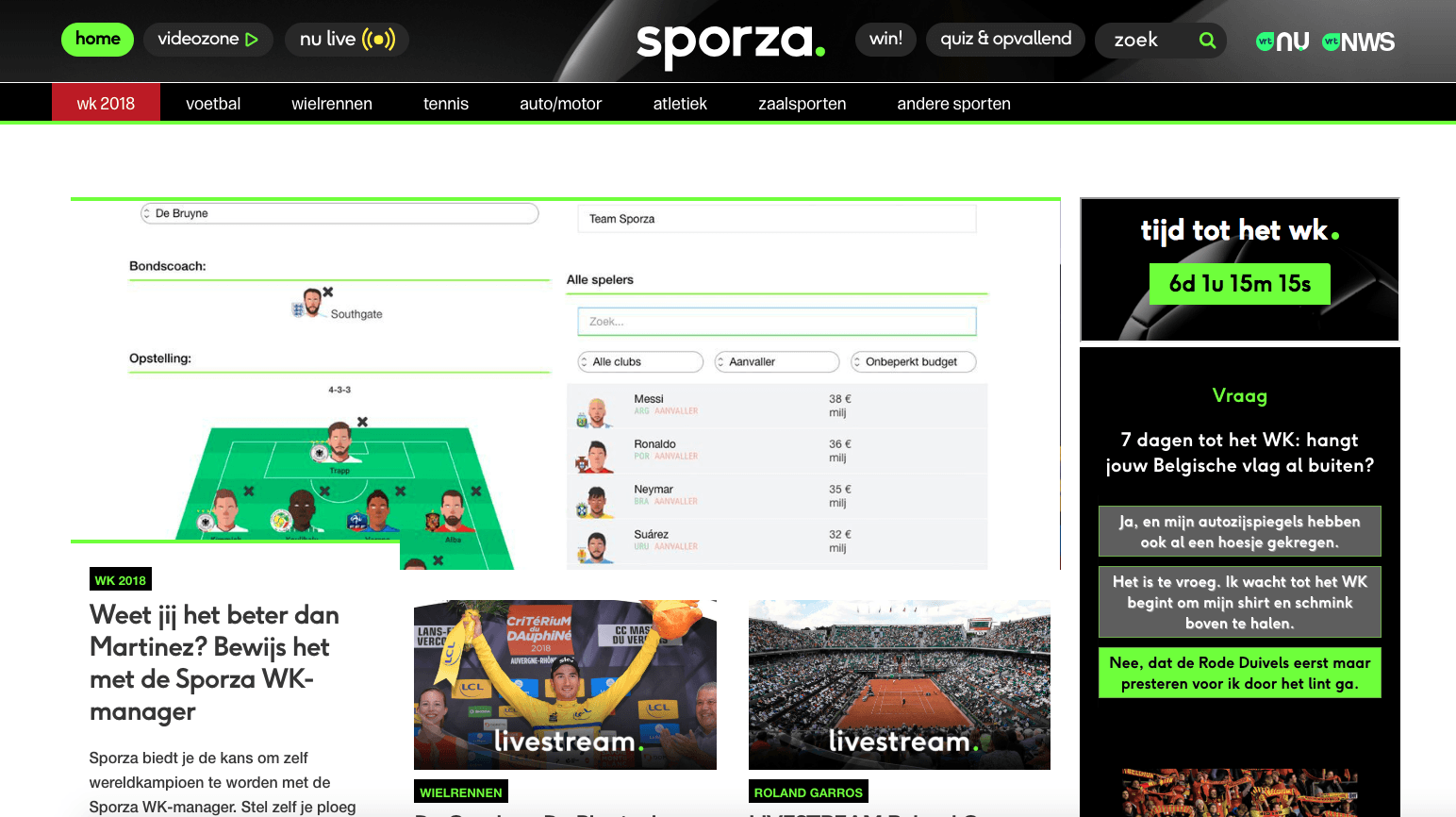 This weekend more than 10K football fans signed up for the Sporza World Cup Manager. The fantasy football game by Fan Arena is expected to attract even more users in the final stretch leading up to start of the football World Cup.

The Flemish public-service broadcaster VRT broadcasts all the sports programs on its channels under the Sporza monniker. Sporza has the rights to major sporting events, including the World Cup, the Tour de France, the cycling classics, the Olympic Games and the tennis Grand Slams. Sporza.be is the leading sports site Belgium.

Fan Arena made an online fantasy game for the World Cup in which a football fan has to pick 11 players within a budget of 300 million euros. Fans earn points based on the performances of their players in real life. If one has Messi and he scores a hattrick for Argentina, he or she will score a lot of points! The ultimate goal of the game is to score as much points as possible, becoming the football connoisseur par excellence.

Fan Arena and Sporza made a World Cup Manager Guide (downloadable pdf) with an overview of each team, the player values and set piece takers (corners and penalties).

The Fan Arena team is very proud to have a Belgian sports media powerhouse such as Sporza as a new client.