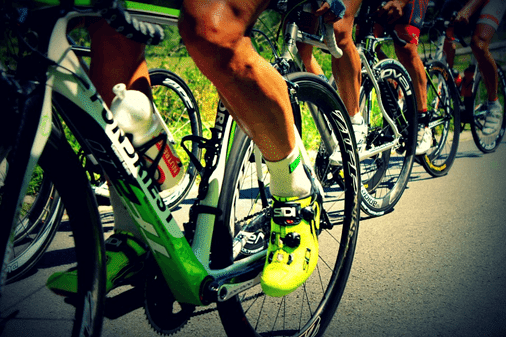 Fan Arena launched a new installment of the Gouden Spelen (translated: the Golden Games) series on behalf of De Persgroep. The Gouden Vuelta (Golden Vuelta) is a fantasy cycling game in which you earn prizes by selecting the best cyclists that participate in the Tour of Spain. The Gouden Spelen is a series of fantasy sports games by De Persgroep, Belgium’s biggest newspaper.

Just like in the Gouden Giro and the Gouden Tour, each participant selects 15 cyclists to become a virtual sports director. The goal is to gather as many points as you can during each stage. The overall winner adds €5.000 to his bank account. There are also many other prizes to be handed out during each Vuelta stage.

The Gouden Vuelta is designed for the competitive gamers that want to prove their cycling knowledge. Fan Arena’s goal is to upgrade their gaming experience by offering them a smooth and modern user interface that increases engagement (time and money spent).

Cycling popularity increasing
On average, 26% more people have watched cycling compared to 2016*. The Gouden Vuelta was organised for the first time in 2017 by De Persgroep and Fan Arena and it’s off to a great start. Increase audience numbers confirm the business case of this new addition to the “Gouden Spelen”.

Average live #cycling audiences for this year’s three Grand Tours on #Eurosport up 26% compared to 2016 pic.twitter.com/bRpzPVhLX8