On Thursday 20th of February Fan Arena launched the Sporza Wielermanager. The fantasy cycling game is focussed around the spring classics. It will offer an extra digital experience to the cycling-crazy Belgians.

After the successful Sporza World Cup Manager in the summer of 2018, Fan Arena is proud to extend its collaboration with the Flemish public-service broadcaster VRT. All of its sports shows and live broadcasts are put under the Sporza brand. Sporza has the broadcasting rights of almost all of the cobbled and Ardennes classics. Sporza is known for its expertise in capturing and coverage of cycling races. Road cycling remains very popular in Flandres, culminating in the unofficial national holiday that is the Tour of Flanders.

For Sporza.be, the biggest sports website in Belgium, Fan Arena created the fantasy cycling game “Wielermanager” (translated: Cycling Manager). A player has 100 million euros to spend on a team of 20 cyclists. Each race he designates 12 of them as starters, the remaining 8 will remain in the bus. The points a cyclist earns is determined by his race result.

Wielermanager is designed for the broad public, but more knowledgeable cycling fans will appreciate it. The races are a mix of cobble and Ardennes classics, which have different breed of cyclists participating. The bonus points and the transfer system add extra flavour.

Check out the Sporza Wielermanager (Dutch only). 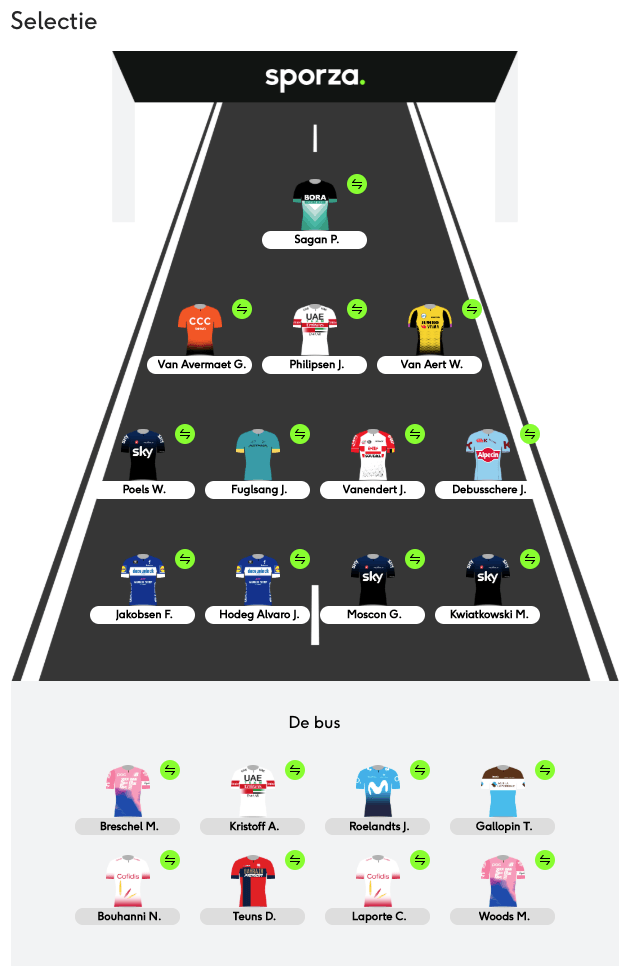 Screenshot of the lineup. Peter Sagan is the team captain and will earn bonus points when he finishes in the top 5. The cyclists in the bus won’t participate in this race, but they can be put in the starting squad in the next race.

Contact us to discuss how a fantasy sports game can be the catalyst for your sports news website.