Fantasy Pro League winner: “Set aside emotions in the FPL” 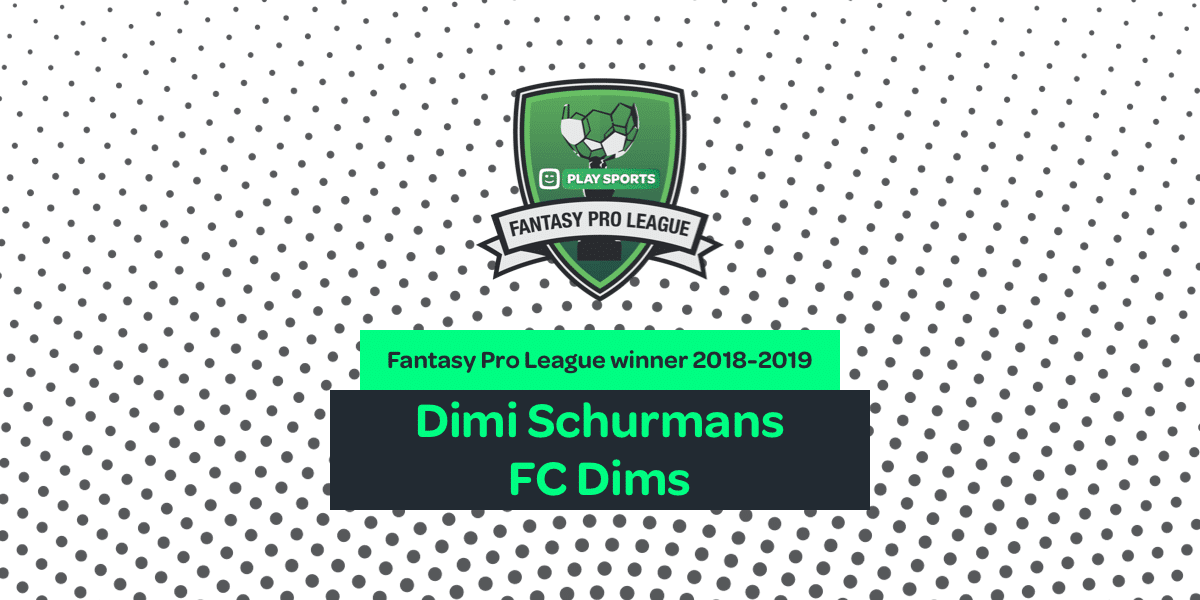 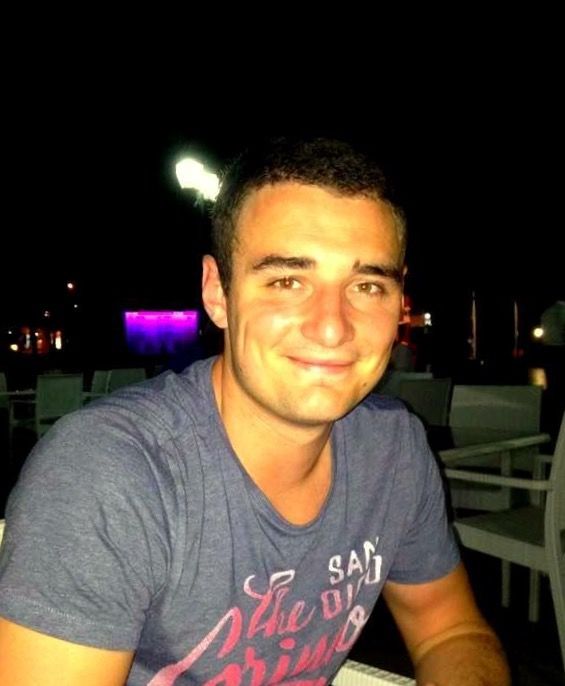 Dimi Schurmans is the winner of the Fantasy Pro League 2018-2019. FC Dims finished with a total of 1645 points, enough to win a lifelong (!) Play Sports subscription. Although as a Beerschot fan, he had to make some hard choices to get there. Let’s find out.

Which strategy did you start the season with?

At first, my goal was to look out for the players that took corners, free kicks and other set pieces. To those players I added attacking-oriented defenders and the ones with heading prowess. And of course the indispensable players like Vanaken (Club Brugge), Pozuelo and Malinovsky (both Genk). In the attacking department I picked forwards of the big teams.

Did you change a lot during the season?

Yes, I did. Some attacking-oriented defenders were classified as midfielders and became less interesting. I made the switch to pick defenders that were capable of keeping a clean sheet, and who avoided being booked a lot. In my assessment of the forwards, I started looking to their actual form instead of their name and reputation. Some of them could have been out of form for weeks, and then suddenly started scoring again.

Which difficult choices did you have to make?

I definitely had some hard choices to make! As a Beerschot fan it’s almost unthinkable to pick players from our biggest rival Antwerp. But unfortunately Antwerp was very strong in keeping clean sheets and Mbokani had some good moments. I continuously had Antwerp players in my team during the season. In the Fantasy Pro League you clearly have to set aside your emotions (laughs)! 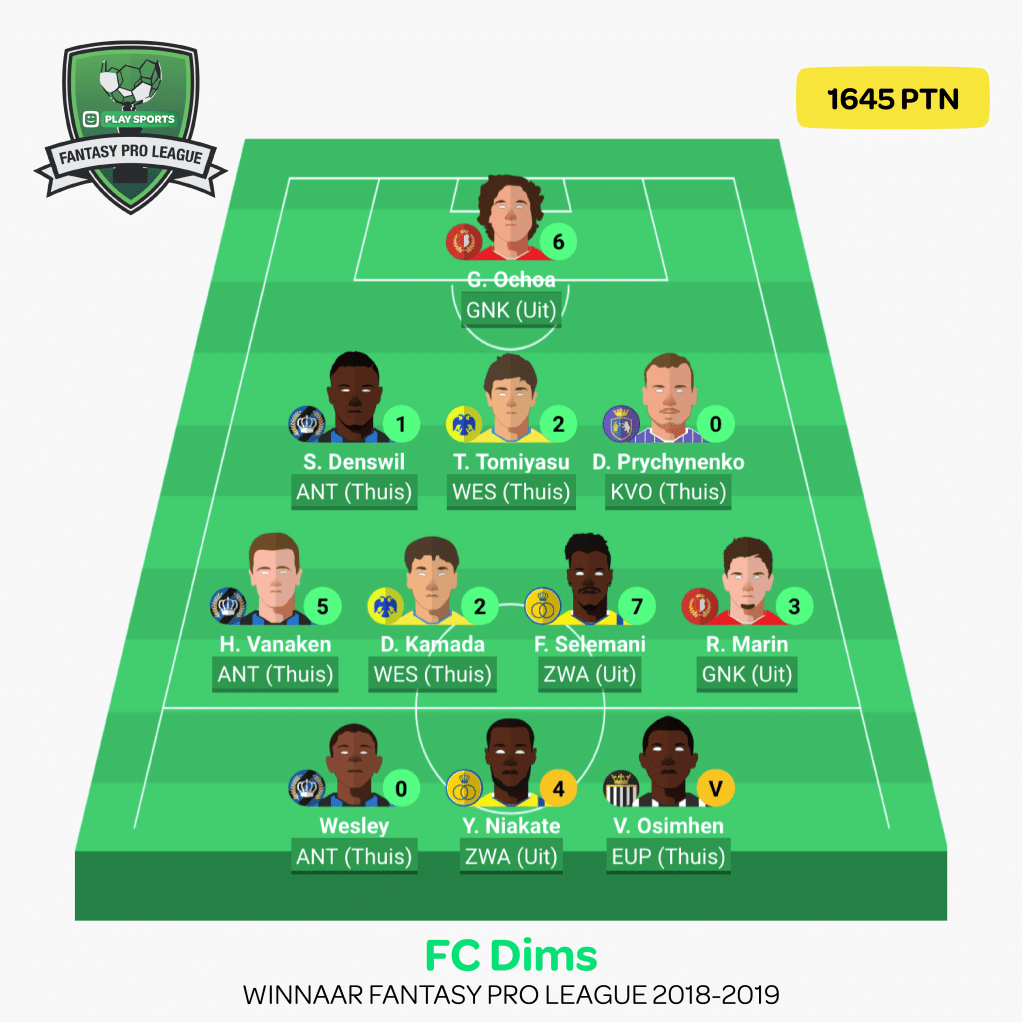 Which players were you pleased with?

My top players were Malinovsky, Vanaken and Pozuelo. But I guess almost everyone had these guys. Kamada (Sint-Truiden) put a smile on my face during the whole season. He was classified as a midfielder, gave a lot of assists and scored a decent amount of goals.

Which players disappoint you?

Carcela of Standard was a big disappointment. He’s intrinsically one of the best players in the Pro League, but he didn’t use his abilities effectively. After his quality performances during the play-offs last season, I expected a lot more of him.

Which hidden gem scored a lot of points for your team?

I did not have one particular player who scored a lot more than expected during the regular season. Awoniyi (Mouscron) did have a solid stint. Mainly in play off 2 I put a lot of faith into lesser known players, and made them captain. Niakate (Union) and Avenatti (Kortrijk) turned out to be amazing picks, just like Selemani (Union). Thanks to these changes I climbed from third place (before the play offs) to the top spot.

How did you decide who was going to be your captain each week?

I selected the captain according to the opponent’s strength of the form the player. My triple captain chip went awry though, because of Trossard only scoring two points that week.

Any tips you want to share with other Fantasy Pro League players?

You should definitely take the player’s form into account, especially those of your forwards. You have to spend some time on the game and your strategy to make the most of it. And don’t let your emotions get the upper hand. If a player does not perform, transfer him out of your team. Don’t look at the status of the team he’s in or if you like watching him play.

The Fantasy Pro League winner receives a lifelong Play Sports subscription, are you going to watch more than ever?

Oh, definitely! In a couple of weeks we move to our newly built house and the prize comes just at the right time. I’m extremely pleased with it. If my girlfriend will still be pleased with it in a couple of months, that remains to be seen (laughs). I will mainly watch the live football games, but I like most sports to be honest. Play Sports will be on most of the time in our new house!