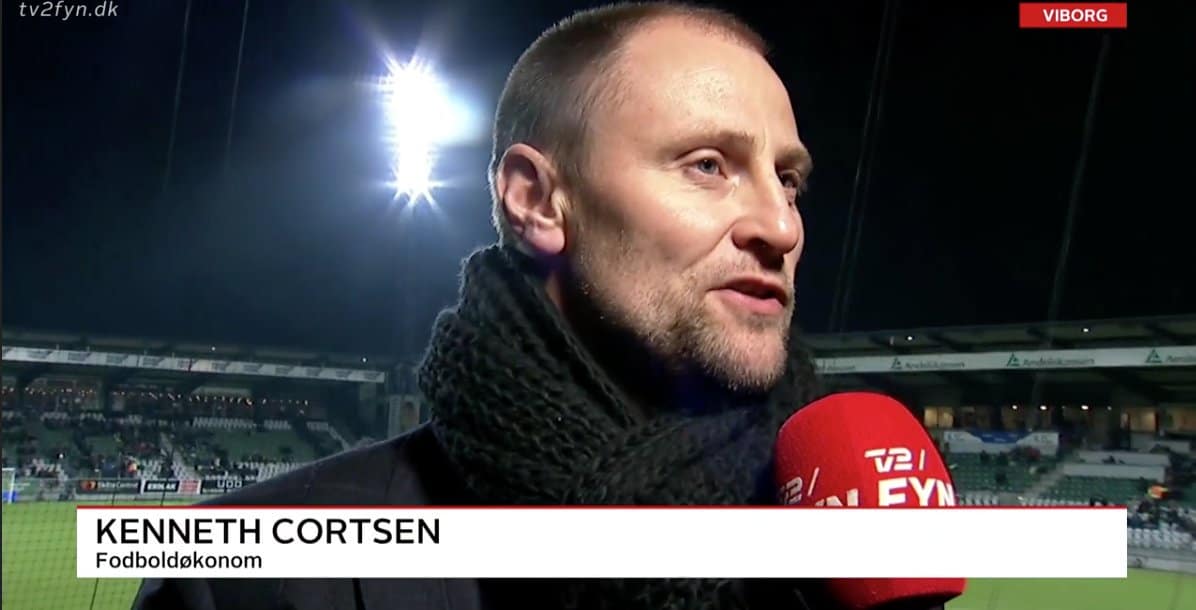 This is the first interview in our Master Series in which thought leaders from around the globe voice their insights and opinions about digital fan engagement.

When you think of digital fan engagement in Denmark, what channel is coming to mind?
“If I look at the Danish context, the websites of professional teams still play a big role. It’s often a starting point for sharing and spreading content through social media. Facebook is mainstream and has been around for awhile and Instagram is getting more popular.”

“These channels show more exclusive content about the club from an internal perspective. Brøndby and FC Midtjylland came with an app and their websites are highly driven on data. Matthew Benham, the guy behind SmartOdds, owns FC Midtjylland. So you see that professional sports team have implemented app solutions to give fans more exclusive content and behind the curtains type of content.”

Which Danish club is doing well in digital?
“A great example is FC Copenhagen TV. The football club has done a fantastic job with FCK TV. It shows documentaries about players going through tough times, some comedy and other content with integrated sponsors. FC Copenhagen has a lot of famous people in their fanbase and it has done well to integrate these people in some of their content to add that extra viral potential.”

Will the digital side of fan engagement become more important than the physical side?
“You see third parties that try to develop solutions on that intersection between live sports, technology, data and fans. An interesting company is called Xsided, for which I’m on the advisory board. They create games for fans at halftime on the big screens in stadiums to engage and activate fans with various competitions and quizzes.”

“Fanpictor from Switzerland is also an interesting solution. They engage fans in a way so then can meet commercial stakeholders, sponsors and connect with interesting media content.”

How can fan engagement companies be successful?
“The biggest pitfall for these new companies is sustainability. There’s always something new popping up and the development pace is very high. The fans have short attentions spans and continuously look for something new.“

“To be successful you need a white label solution so clubs can adopt it, because they control everything (the app, its usage, etc.). Another route to take is to collaborate with a federation. In Denmark the market for professional sports is limited. I see some problems in attracting and retaining fans.”

What can niche sports do to engage their fans?
“Niche sports are way more difficult to commercialize because they lack big exposure and massive fan interest. Those two go hand-in-hand. If smaller sports want to do something, they have to go digital, there is no other way. An international example is that of diver Tom Daley from the UK. He’s very active on social media and it makes a big difference for his business.” 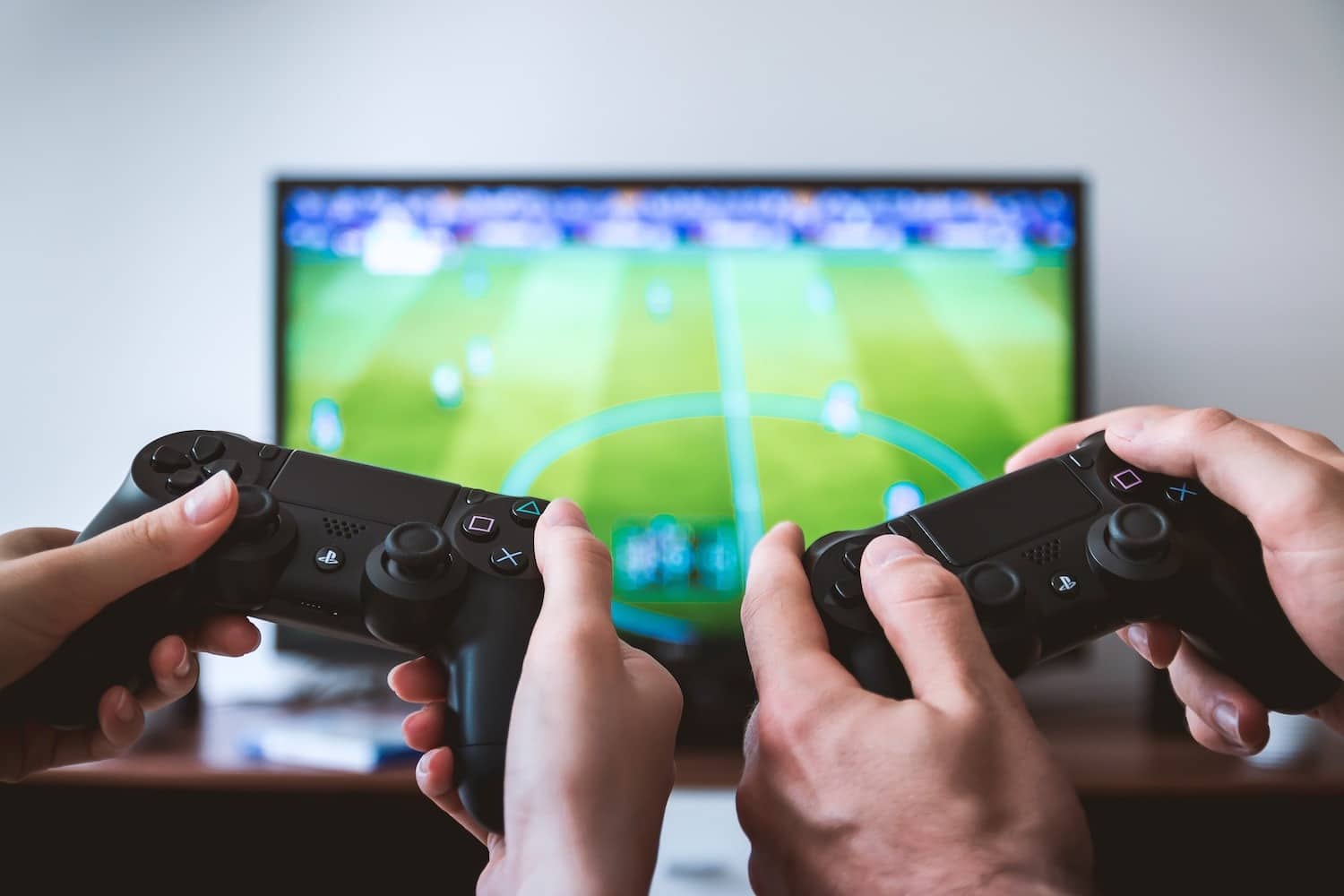 How do you see esports and fantasy sports evolving?
“There’s a huge potential in esports. It all started in South Korea, where it became mainstream, and it’s now growing into a global phenomenon. The events are getting bigger and bigger as is the prize money and sponsorship deals. That curve will continue to go up.”

Why is esports so popular?
“The level of individualism in our societies keeps growing and that’s one of the reasons why esports is rising in popularity. A lot of people want to run and do fitness, because of the flexibility. They don’t want to train at fixed times and dates. The same thing is happening in esports. You can play and follow esports whenever and wherever you like, which is a great fit for these younger generations that grow up with computers and technology. So esports has a potential because of a societal development.”

And can it be commercialized?
“I would even say that esports is a marketing dream universe for big corporate brands. Instead of those wasteful commercials on national TV, they can target the younger audiences very precise online. The younger audiences are still in high demand because they don’t have fixed brand preferences yet and are easier to influence. Esports is an ideal channel to reach them.”

So there is also a potential for sports games?
“If you take Fifa as an example, there are good synergies between the game and established sports clubs like Wolfsburg or Aalborg BK. Esports exploded last year and Aalborg is now leading thanks to its previous investment. There is no doubt that there are positive spillover effects between a game like Fifa and the clubs.”

Why is Aalborg investing in esports?
“One of the reasons Aalborg is investing in esports is because it tries to build synergies between the recreational level and the professional level. In Denmark, the more members you have in the club, the easier it is to get funding, investors and subsidies. At the same time it’s easier to get permission to build new facilities. Esports contributes in part to improving facilities and infrastructure. On a professional level, Aalborg wants to develop the esports talent by providing a space in the clubhouse, equipment, nutritional help, etc.”

In one of your blog posts you say that the fantasy sports products and providers (like DraftKings and FanDuel) are now an independent liaison between sports rights owners and the commercial stakeholders. Who do you think will dominate that dynamic?
“I think it can go both ways, there are two patterns. Some clubs want to control more of their content and fans don’t want to participate that much through traditional media. Draftkings and Fanduel are two popular fantasy sports platforms because there will always be a place for top notch technologies.”

In the same post you mention that fans who show interest in data and information, will consume more elements from the ecosystem (merchandise, content, tickets). How can clubs or leagues take full advantage of streams of data?
“The past 5 years, rights holders have invested in data and applying data management through a data platform. The Danish FA didn’t know very much about their fans and they really improved by setting up loyalty programmes. The average fans now goes to several games of the national football team instead of just the one per year. And that’s worth money for the FA. But keep in mind the small Danish market and the FA can’t do things at the same scale as Manchester City with its extremely well designed Cityzens programme.“

“It also works the other way around. Give people the ability to sell tickets back to the club. For an NBA game between Golden State and the Boston Celtics I had two spare tickets that I could sell back to the club via their app. That’s a great use of an app to increase fan engagement. Everybody wants to sit in a full stadium and have the best experience possible.”

What fan engagement trends do you see in the short term?
“In the short term I see more commercialization in sports will be based on technology, like sponsorship solutions and integrating algorithms on how fans interact on social media.”

“I also think that new players will step forward in terms of media content. What’s going to happen if Netflix, Amazon or Google start investing in sports? A company like SAP also has the competencies to help teams apply data and optimize their business performances. TV still has a role to play, like during the SuperBowl, but there will be more media fragmentation and more media content leveraged on digital platforms. Especially traditional media rights holders like Discovery DK, Sky UK and BT Sport have to take the threat of Google and others very seriously.”

What trends do you see for the long term?
“You’ll see leagues and clubs trying to control even more content and make it more exclusive. They get paid handsomely for broadcasting rights, but at the same time the clubs and leagues see that the traditional media are hurting. That’s why they will control more themselves.”

“Sponsorship collaborations will also change. Take for example Microsoft that’s sponsoring Real Madrid to reach 450 million fans, many of which never go to the stadium. The clubs control their content and will do well on their own platforms. Players like Neymar already have more followers than their clubs and that has a major influence on sponsors. Adidas and Nike know that they would sell more jerseys if one comes to one of their clubs.”

If you have questions about the discussed topics, feel free to contact us or Kenneth Cortsen.